I've always suspected that I was never very creative. Give me a white piece of paper and a pencil. It will soon become apparent that I will have no idea what I am doing and I will draw something stupid.

How can I be an art student and not be creative?

I am using creative in the sense that I think the general public uses it. That I can just make up something on the spot, out of nowhere, completely randomly and it will work.

Thankfully, I have come to the full realization that creativity in that sense simply does not exist.

It has changed how I view the word "inspired". That word is thrown around in art liberally. Things are simply the "inspiration" for a piece. Give whatever is the "inspiration" a nod and then turn your back and focus on how your hand has affected the work.

Art shouldn't be like a simile to it's "inspiration", it should be a metaphor. A drawing of a flower shouldn't be like a flower, it should be the flower. And I am not asking the impossible. A physical flower is already every flower that led up to it. Every cycle of seeds and growth that made it. The piece of art is part of that cycle. It may be a different type of progression, but it needs to be considered one and the same.

To return to the point of creativity. What may appear to be random and out of nowhere, actually needs to be just the opposite. Everything we make comes directly out of everything that is already there. I see most of what I make coming out of what I already have in my head. I don't have the ability to make things at random. Everything will always in some way relate back to what I already knew.

But this is not to make anyone despair. It doesn't mean by saying "we can't be creative" that we have lost the ability to make things that are original. It simply means that the decisions of what goes into our heads, and choosing what we take out, are of utmost importance.

We went on a short trip to our family's cabin. Here are some of the more interesting photos I took. 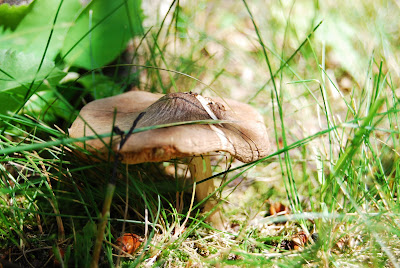 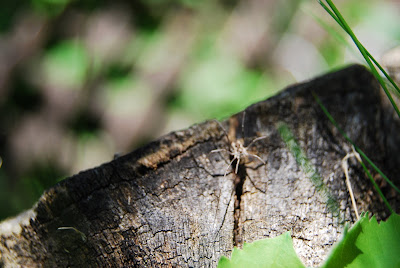 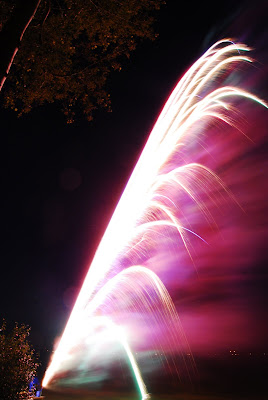 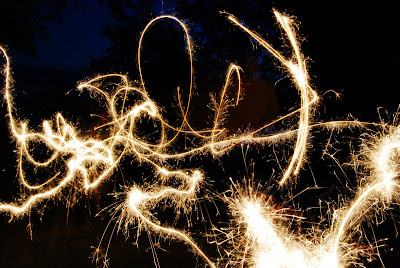 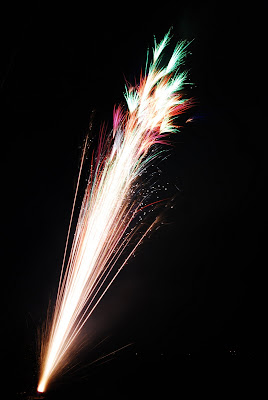 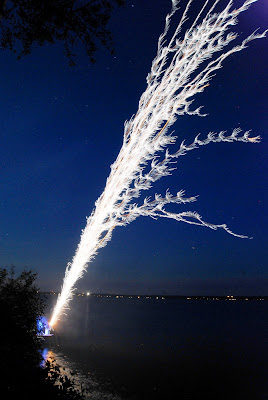 Beginning another theory of Everything

Last year I felt that I had a good grasp on the physical world with an exceptionally vague theory of everything. I still stand by that theory and think that it will proven to be fairly accurate once the Large Hadron Collider is turned on and Higg's Particles are discovered.

This year however my focus as shifted to humanity and I have been learning about where we come from and what we are doing here. All of this understanding has been growing out of reading Atlas Shrugged, A New Earth, Meme Machine and various other books. It's going to take a lot more than a single blog posts to get all of my ideas together, but here is a start.

The first idea that I think is important to discuss is that of Universal Evolution. I am not simply talking about biologic Darwin evolution. I am attempting to describe the fundamental mechanism that makes all forms of evolution work. The fundamental piece of all evolution is the replicator. Anything that self propagates itself is the thing that is going to exist. Competition will develop between different replicators and through natural selection the best ones will continue to survive.

Replicators are what are around us. Very rarely will we ever come across something that is not a replicator, since by their very nature replicators will be everywhere.

I took some time to post a comment about a Wall-E story on Digg, a I didn't want to waste all that effort on Digg, so here it is for your enjoyment.

"I can agree that the animation and graphics of the movie were well done, but the story is not cohesive or great. It completely lacks in truth and depth.

The main conflict of the films is that Wall-E is lonely on earth. So the goal of the whole film is for Wall-E to find love. This plot and conflict are set-up in the first act of the film when Wall-E is on earth.

But a sub-plot of saving the human race soon takes over the film and completely overshadows the love story which should have been the central focus of the film. Pixar should have chosen one or the other, no film can truly support multiple focuses like this. The human story could have been used to support the love story, but I never found that to be apparent, it always seemed to be an equal and separate issue.

What was made worse by the film is an exceptionally weak and deus ex machima climax. The climax of the film was when Eve has to fix Wall-E and save him. When he comes back to life without a personality it is an exceptionally sad moment. But suddenly Wall-E finishes his reboot sequence and it comes back. This is a pathetic and meaningless solution to an amazingly interesting love story.

The meaning I get from this climax is "wait a few minutes and your love with come back to you...". If that is what the creators believe about love than I applaud them on their success... I don't know what they believe about love, but it needs to be something much more meaningful than a reboot process.

I have lost my faith in Andrew Stanton at Pixar, however I still believe at least Brad Bird has the ability to make good film.

If you actually want to see a good film, I suggest finding Speed Racer at whatever theaters it is still playing in. The critics of this film where confused by the faced paced action and colors , it is an exceptional film and in my opinion blows every other film this summer out of the water."

I've just finished reading the book "Surely You must be Joking Mr. Feynman". It is sort of like and autobiography and anecdote collection of a famous nuclear physicist.

One of the first things that Feynman discusses is that as a child he learned how radios worked and became the neighborhoods radio repairman. I was a little bit jealous since I actually don't know the fine details of how radios work. I know the general process, but I don't know the stuff about vacuum tubes and amplifiers.

But then I realized that I had actually learned to fix problems that are much different than he did.

He learned how to look at something that was broken and knew exactly how to fix it because he knew exactly how it worked. Sometimes the problems were hard to find, but he always knew every step in the process.

But in my lifetime I have always been fixing technical issues in our new computer driven age. The difference is that it is truly impossible to know how any of our equipment works. We are supposed to know what connects to where, or what program does what. But all of the components contain thousands or millions of parts and most computer programs are millions of lines of inaccessible code. And all of the information on these topics is badly spread across internet forums, or doesn't really exist anywhere.

What I've discovered, that even though sometimes I won't ever know exactly what is going on, or exactly what was the problem with the device, I will be able to find a solution. It's almost like an intuitive knowledge of this horrible mess of technology that we have that lets me solve issues. It generally takes along time and sometimes doesn't work, but in the long run it has served me well.

I recently finished reading the biography of Walt Disney. What stood out most in my mind was how Disney actually related to animation. I think the general feeling is that Walt Disney was an animation guru who directed all of the Disney animations and really made the idea of animation what it is today. The feeling is that Walt's greatest achievement and his goal was to do what he did with animation.

What I found after reading his biography is a much different feeling. Walt was obsessed with animation, but only for the periods when he was truly enthusiastic about his animation.

Walt was actually a person who would become extremely intend on whatever he was interested in at the time. He would devote his entire mind and all of his force into whatever it was that truly interested and challenged him. Because of this tendency to throw himself into his endeavors with such gusto, he often not only succeeded, but outshone everyone else in the field.

Walt's interested varied over his lifetime. Comics, animation, film, music, trains, the future, city planning, traveling, family and drawing are just a few of the things that at different points in his life, Walt engulfed himself in completely. It just so happened that Walt's most major and first success was the animation interest. It is only because of the timing of this event that lead the Disney Company to be known primarily for it's animation.

The author of the biography I read, had the belief that Walt had some issue with reality and control, which he felt was the reason Walt loved animation. I felt throughout the entire book that the author was wrong. I know in myself that I have the same tendencies to throw myself into whatever interests me at a certain point. And I know this is simply how I am. It is not the result of some childhood incident about gaining control.

In that way, I felt I related fairly well to Disney. I may be able to narrow focused for moments of my life, but I am definitely going to follow a very convoluted route throughout my life. Thankfully, I am going to be very enthusiastic about it.