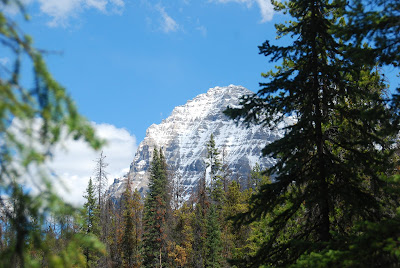 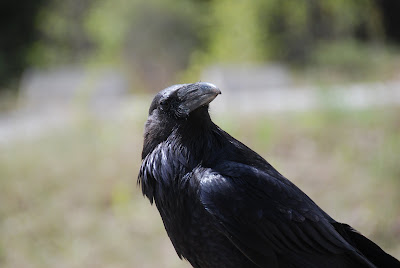 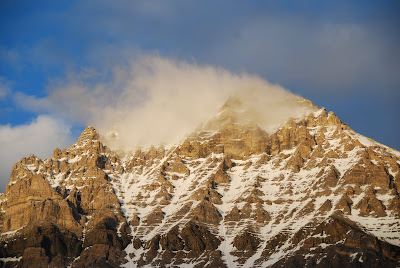 I stole this way of looking at things from a comedian:

Everybody has a big pile of stuff that they like to keep somewhere. It is in their house, in their basement, their office, their closet, their pockets. Lots of people have lots of stuff.

When you travel you take a portion of that stuff with you. You pack your bags and fly your stuff to your hotel room. Suppose you go on a little side trip from your hotel. You pack a night bag of stuff. Now suppose you were to take a little excursion from your side trip.

Now you have stuff
at home
at your hotel
in you night bag
and finally in your pockets.

Your stuff is spread out over such a vast distance, but you know, usually it will get itself back together. You will collect all your things, following the trail of stuff back to your house.

Right now I am feeling this vast trail of stuff like never before.

I have stuff at my home in Calgary. There is other stuff in my apartment in Montreal. I have another set of stuff with me here in Field BC, a tiny little town in the middle of the mountains. Sometimes I go out for the day and take a bag of my stuff with me, and than leave some of it in a vehicle, and just bring along another subset of my stuff.

My stuff is spread accross the country, and it is going to stay like that for a little over three more months. Doesn't it feel like a feat of magic that somehow all that stuff is going to figure it way back to where I want it to be?


An now to relate to you how I am doing.

I am doing very well. The type of well you only really feel when you don't just win one lottery, but two in a row.

It also makes me feel cautious, because things always seem to come with a catch. Somewhere I missed something in the contract and it is going to get me when I least suspect it.

The Car Matador - with Sound

Finally school was finished, and I had free time to finish up the loose ends of this years work. The final loose end, was putting sound to the Car Matador animation. I posted creations photos before, but have been holding off on the animation because it needed to have sound.

But finally, the day before I head off to my new job, I present the Car Matador.

I suggest watching in HD 720p.