I've been to two life drawing sessions after that first post of drawings. The second session of the year is always painful. Everything feels forced, and the drawings just don't seem to come out right.

But than in the third session. The teaching assistant who gently leads the classes brought in some hand outs which explained drawing with rhythm. Having straight lines sit opposite of curved lines, and having these sets of a straight and a curved line alternate around the body.

It makes the curvature seem to snake around the body, from one side to the other. This is often called rhythm.

I pretty much completely forgot about proportion, or anatomy once I started drawing this way, but it gave my drawings a big boost of vitality that they had been lacking. 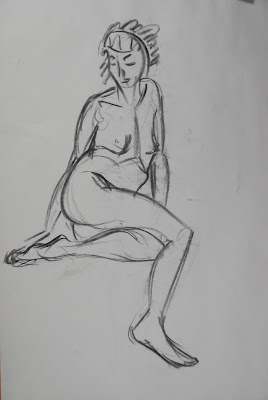 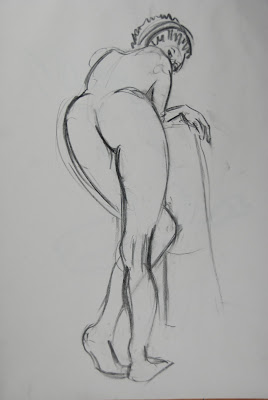 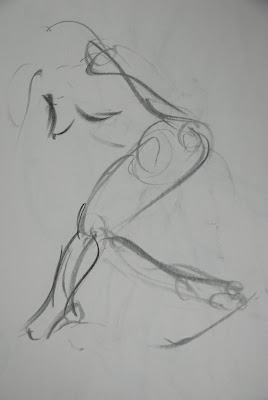 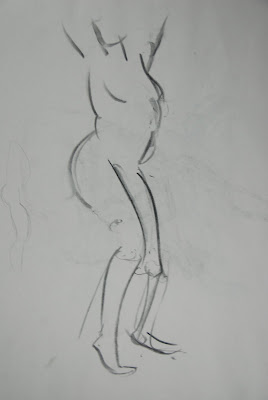 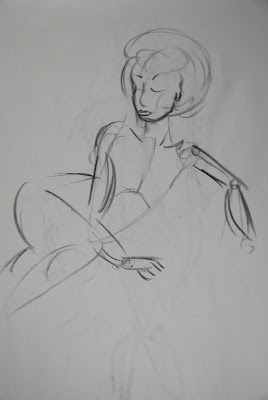 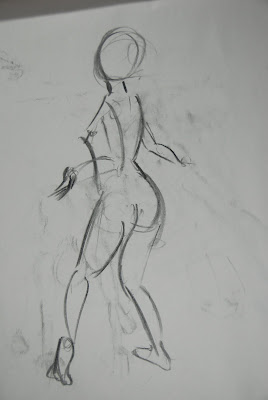 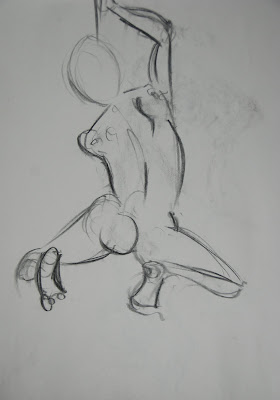 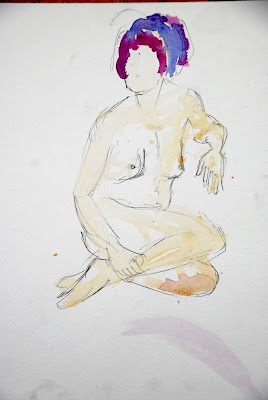 It has been quite a while since I have been able to attend life drawing sessions. This year I have the time. 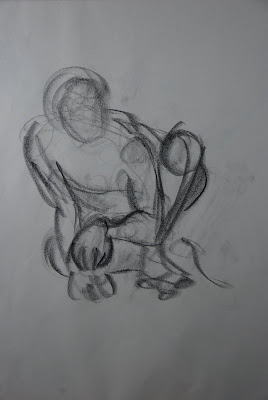 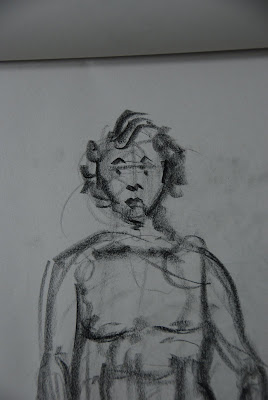 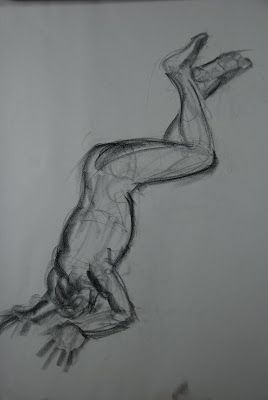 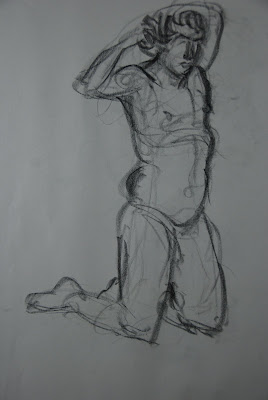 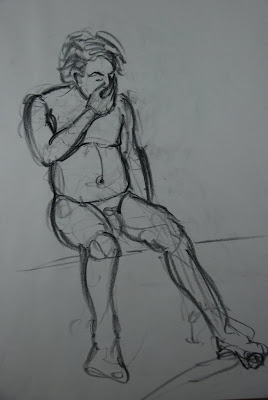 I had a discussion today with my roommate about graphics in video games.

I thought that it was the limited simple graphics of Minecraft, which made it such an appealing game. He thought that I was missing the point. The reason Minecraft was good was because the underlying world simulation was more interesting than most modern games, which was what lead it to being a more interesting game. He felt that any graphic improvements to Minecraft, as long as it retained the same underlying complexity would only serve to improve the game.

For some reason this didn't feel like a compelling hypothesis to me. I felt there was something inherently better about the simple graphics. I made an argument that like in painting, there are many times when simplifying the image results in a stronger image. I felt that you could make graphics higher quality in terms of craft, such as higher resolution, better frame rates, smoother edges, but that making the virtual worlds more "realistic" and detailed would not improve the experience.

He countered with another idea. Everybody who has been playing games for anytime has experienced the fact that in nearly all games that have realistic graphics, in which there is a lot of detail in the world, there is almost no interaction with the world. You can move things, you can't touch things, you can't affecting things. Most of the effort of programming went into making everything look good, instead of giving it life. Thus as a gamer, we have come to link good graphics with limited interaction.

It was than that I realized something, something that I learned in art history.
There are different periods of art history. There was Realism, a time when the most compelling art attempt to reproduce nature, but this lead Impressionism, when artists attempted to capture the Impression of nature. But than artist move to another period and completely forgot about nature and where more interested in the medium and the politics and there was Modernism. Times change based on the art of the time.

And right now, times are changing for video games. A few years ago graphics where one of the most compelling aspects of games, but right now there is a return to limited graphics which support more compelling underpinning structures.

If I had to guess, there will be a resurgence of games that do not rely on the cutting edge of graphics. When there are art historians writing about video game history, they will look back at this and probably be able to name it.