I will begin my account of my Christmas with the family portrait that I photographed. 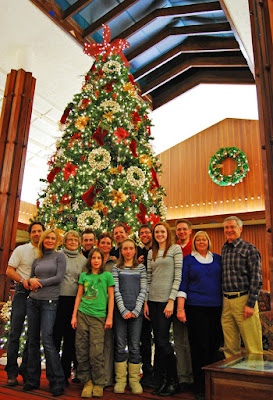 Any family members who want a copy of this image can simply click through and download the full res version which I have uploaded.

I think I am much closer to understanding the fundamental difference between working with a Mac and working with Windows.

For most things, they function in almost the same way. In most cases the differences are really only skin deep but I think I might have figured out a subtle yet fundamental design difference.

The design differences are in the taskbar, the menubars, the OSX dock. First I will describe each. In windows when you run a program, it will create itself a window with it's own menubar at the top and a button in the taskbar. When you start a program in OSX, a small light is turned on by the icon in the dock, no new button is created, a window is created, and the menubar at the top of the screen transforms into the programs menu bar. So what does this difference mean?

On a windows computer, when you open up alot of programs, you get alot of buttons on the taskbar, you get alot of windows floating around with a lot of menubars to click at. When alot of things are going on, alot of things are really apparent. In OSX when you have alot of programs going, you get a bunch of little indicator lights in the dock, alot of windows (however they cover each other), and a single menubar at the top. Things remain simpler in OSX.

What are the pros and cons of each system. I find that the clutter that is created in windows serves a purpose. If you have 10 programs open it is nearly unmanageable, and you need to close some. I think this is actually a fairly important way of telling the user that they can't run everything at the same time. All computers have a limit and shouldn't be running a ton of programs at the same time.

In OSX however, it is much easier to ignore everything else that is going on in the computer, if you do have a lot of things running, you can continue to concentrate well on the task at hand, however navigating to what you were doing before in other programs I find more difficult.

So on the windows side you might be being trained to manage your computer well, and on the apple side you are given more of a free reign to work as you please. I think it actually comes down to a personality issue at a certain point. Would you rather work at a giant desk with tons of room that you will need to clean up when you are finished (OSX), or would you rather work in a more confined space that requires continual management to keep it tidy(Windows).

I was playing Geometry Wars again and the concept of input/output really struck me. I felt it was illustrated with such clarity when I was playing the game.

INPUT: The crowd of shapes on the screen and the sound effects of the game.

OUTPUT: The position of the two joysticks and the possibility of pressing a button.

Now the really important part is between those two things, that part being myself. I am going to ignore all the sensing parts of myself and my mechanical bits. Those are superficial to what I am trying to explain and understand.

At a certain point the information gets from my eyes into my brain. In my brain the visual image and sound must lead into something like a GeometryWars{} function (for all those who are programmin savy).

What I mean by GeometryWars{} function is a well constructed Neural Web that can take the visual information, the short term memory information from a few moments ago, process it all through the neurons and output the new joystick positions.

What is really important about how I am making this analogy is that it is a really well formed neuron structure probably filled with numerous pathways and the like.

Now in my brain, my GeometryWars{} function must be pretty good and efficient. It is probably really small and compact and short but with really strong pathways. It probably is really well focused in that it only has the correct visual and auditory inputs and outputs and doesn't have any wires crossed with other parts of my brain. All of that leads to me being in the top 500 players on earth.

But there is something else. When I play Geometry Wars, I get the feeling that the GeometryWars{} function is self sustaining and needs no attention from my consciousness. I don't need to focus on the game in the slightest and simply let my mind wander and think (that is where this whole idea came from).

Now to bring this idea into a broader context. Consider my Drawing{} function. I look at a 3d object in the real world and output hand movements which create an image in 2d.

AnalyticalFilmEssay{} function: This is one I am currently working on. I watch a movie (over and over) and output an essay that analyzes it.

Driving{}: Use visual information through a car window to determine steering wheel and pedal positions.

MusicImprov{}: Input is the other musicians music who you are playing with, output is more music.

FilmAnimation{}: Get an assignment, output a film. I'm still in this process.

Have you ever wanted a closet that could sort your clothes into the ones you like and the ones you dislike? It is a useful feature, and it can easily be added to your closet.

There is only one main rule that will make your closet self sorting. Whenever you put away your clothes after cleaning them, always hang them up at the same end.

After after many weeks, your clothes will be automatically sorted. The clothes you like and wear most will be at the new end, and the stuff you dislike will be sent to the other end.

Today I have finally seen really HD video on Youtube. Youtube is finally an acceptable quality. It actually looks pretty great. I uploaded an animation I made last year at ACAD, make sure to press the little watch in HD text that appears below the video.
Life Drawing

And while we are on the subject of resolution, I just discovered recently that all of our digital cameras have been lying to us. Due to something called Bayer Interpolation, which I don't really want to explain, all digital cameras(except for certain types of Sigma camera) have make 1/4 of the megapixel resolution which they promise. If you zoom into a digital image which you have made using a digital camera up to 100%, you might notice that there is something wrong, everything is just a little bit blurry, this blurriness is caused by the bayer interpolation.

What I have found is that I could reduce all of my digital images to half of their size and they still look good. It is important to know that I would only want to reduce them by 1/2, and not any weird percentages, because reducing by 1/3 would cause odd types of image subsampling that would make it even more fuzzy.

Umm... I pretty sure nobody really cares, but the lesson here is, if you are ever using digital camera images, know that you are only getting 1/4 the resolution that your being told you are getting.

I had the good fortune of being given a 1970s Canon rangefinder camera, specifically the Canonet QL17. My friend got it from a garage sale, and on being completely unable to figure out how to use it, he gave it to me.

The main issue with the camera is that it takes batteries that have since been banned due to mercury content. There is simply no way to correctly meter the exposure value to take photographs with it. My solution nice and complicated. I discovered that I could load up third party firmware for my digital Canon camera. This firmware hack allows me to really dig deeply into the guts of the camera and get at all the settings and measurements.

After many hours of fiddling with the digital camera I discovered that I could get an accurate Ev reading for 100 Iso sensitivety out of the camera. With that Ev reading I could use a chart I found on the internet to correctly set the aperture and shutter speed of the Canonet camera.

So to take a picture with this film camera the steps are.

This is an overly annoying amount of work, but I have got so much out of this experience. I have to say that I have learned the most I think I will ever learn about photography from figuring out this whole thing that I ever will.

Here are some of the results, hopefully some black and white stuff will follow, I still need to a find a place to get it developed. 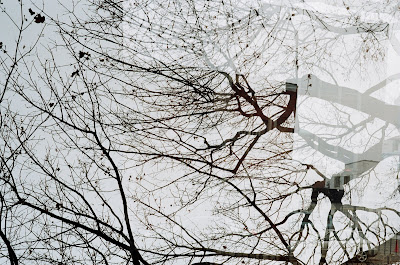 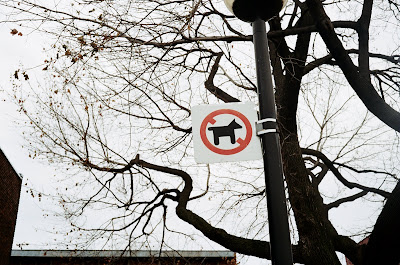 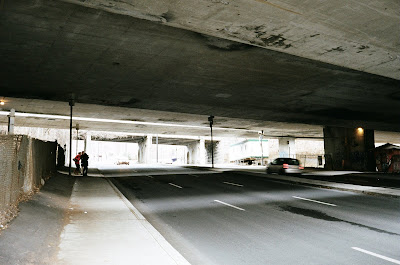 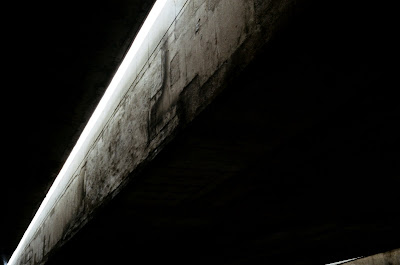 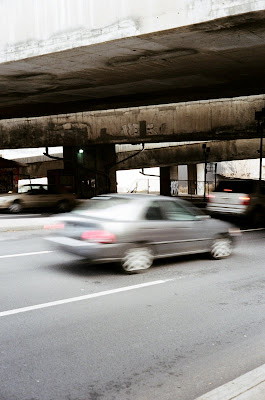 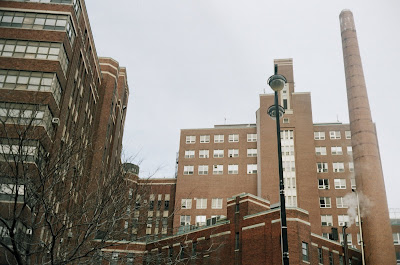 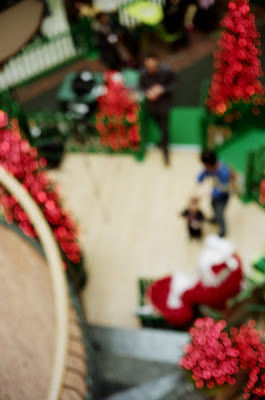 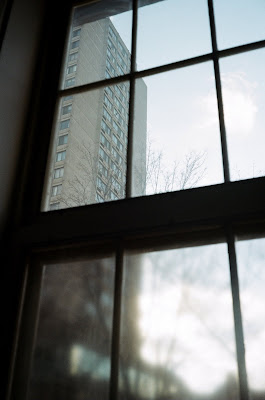 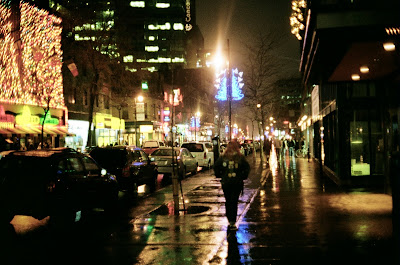 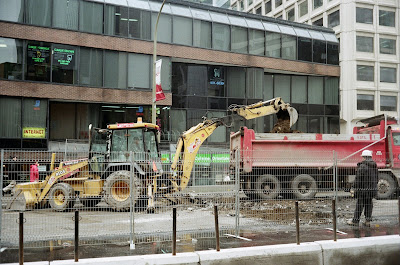 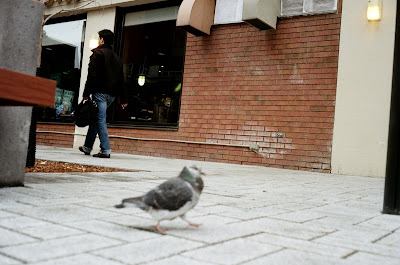 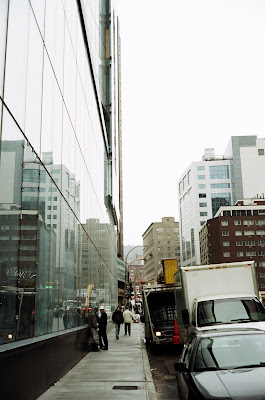 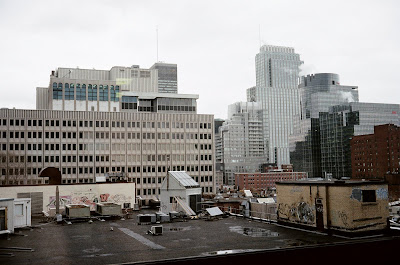 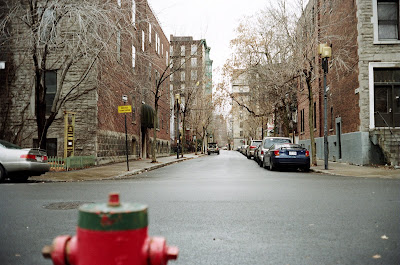 Here is the majority of the animation work that I have done during the last semester.