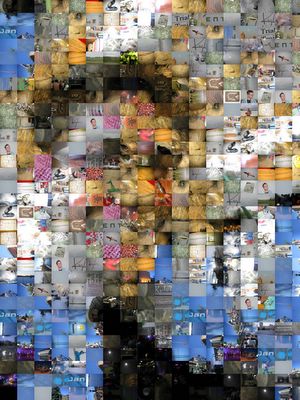 I don't really want to give the whole story about what happened over the past few days, but it was pretty interesting. Once more of it has been solved, i will post a more thorough version.

Let's just say that somehow Arun stayed at my house for 2 days. 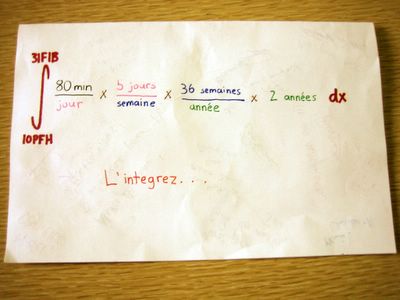 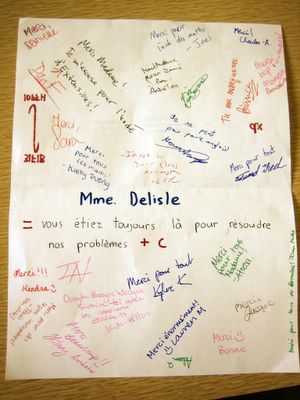 Today was the last day of class at school and our math class gave our teacher a cake and we had a bit of a party. I have been in the same class with the same teacher, for 2 years, so it was actually a big deal for the whole group.
at Friday, June 10, 2005 4 comments 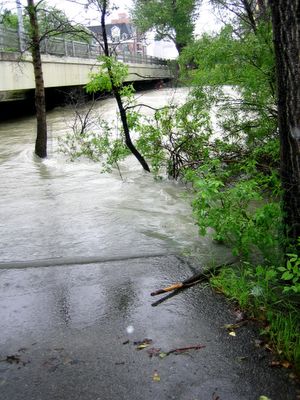 Calgary seems to be flooding. There should be a path where all the water is.
at Tuesday, June 07, 2005 4 comments

My super complicated computer statistical analysist score is 603 out of 1000. Average is 500, proficient is 700. I am some where in the middle.

I also found, nearly all my games are played between 9 and 10 at night, mostly on fridays.

I play the least on tuesdays. 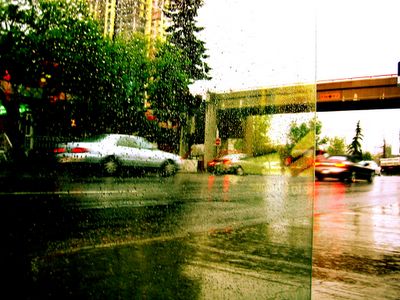 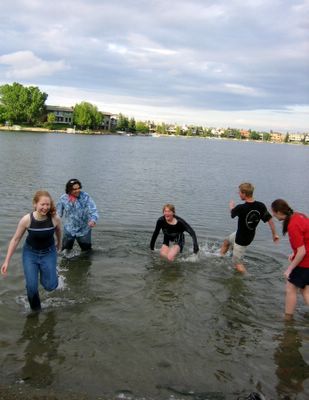 This would be Kim getting thrown in the water during her party. It was really, really cold, but she had extra cloths, so serious harm done.
at Monday, June 06, 2005 2 comments 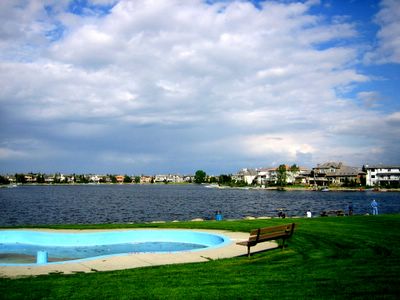 It was kims birthday party, and it was raining during the day, and there was a tornado watch, but luckily the weather was nice for the party.
at Monday, June 06, 2005 0 comments 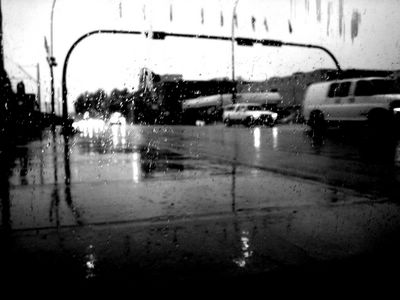 It was raining all week, and I was stuck at a bus stop without an umbrella, so i took some pictures.
at Monday, June 06, 2005 3 comments

I am writing this blog entry using a cool program that I found on the internet. It is called dasher and it is a program that lets you type without akeyboard. It is really hard to explain so just try it. Ipromise that nothing bad will happen.
In other news, I think today had the most unlucky weather ever because the moment that we left school to walk to the train it started to rain. It wasn't really that bad just really unlucky.
Today I think that I have finally got to understand why calculus is so cool.
And finnally I think I think that I have overcome my Halo loseing streak. I think that it may have been that I was not in the right mindset to win, but alter thinking more positively and actually believing that I could win, I did and it is great. For anyone who wants to try out the program I was talking about go to http://www.inference.phy.cam.ac.uk/dasher/ and download it.